Nerja is the most important tourist city on the eastern Costa del Sol. Magnificently maintained, it has unique cliffs, those of Maro, next to beaches of great quality.

A quiet and cosmopolitan city, Nerja has a large number of pedestrian streets where you can walk and shop. A visit to the Balcón de Europa, a beautiful viewpoint over the Mediterranean, is inevitable. In addition to its natural beauty, Nerja has an authentic archaeological jewel: The Cave of Nerja, called the “Natural Cathedral of the Costa del Sol”, is located 750 meters from the coast, about 200 meters above sea level. The cave, which is open to the public, has a surface area of about 140,000 square metres, with a maximum length of 700 metres. But the most attractive feature is the large column located in the Sala del Cataclismo with a height of 60 meters and a diameter of 18 meters, formed by the fusion of stalactites and stalagmites. A natural spectacle not to be missed now that you are visiting Nerja.

The Cave of Nerja is not only famous for its archaeological sites and its stone formation, but also for its International Festival of Music and Dance, which is repeated every year in July, a festival of great quality and in beautiful surroundings. 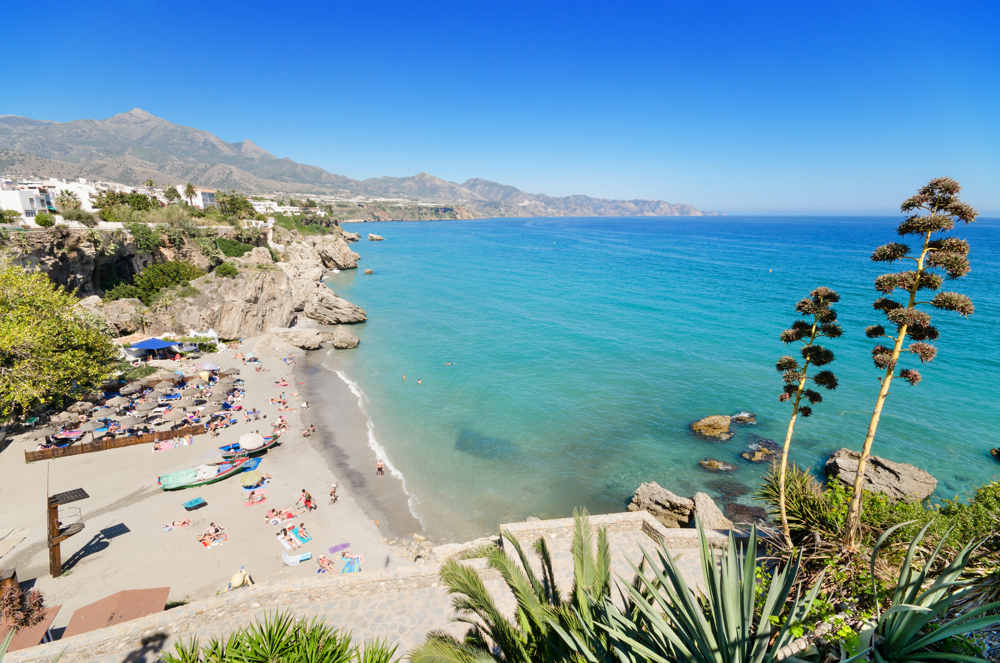 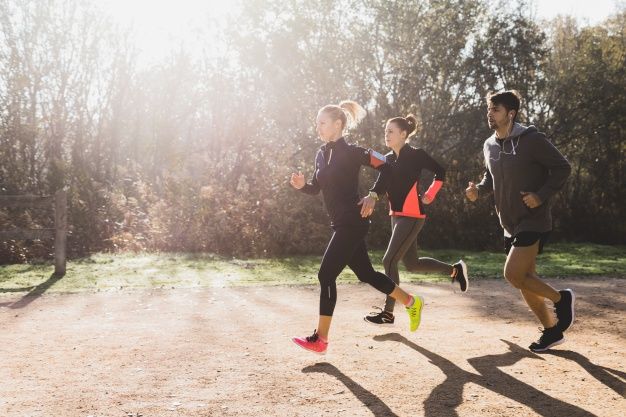 If you are a golf enthusiast, do not hesitate to visit one of the three nearby golf courses:

And for racket fans, the Racket Club has paddle and tennis courts where you can enjoy private or group lessons.

Scuba diving is another of Nerja’s attractions. Costa Nerja Diving is open all year round and is one of the best centres for diving with a family atmosphere. It has PADI certificates that guarantee quality teaching. They have courses for all levels, from beginners to instructors. Whether you want to start in this world or improve your technique. Buceo Costa Nerja is the only centre in Nerja that offers boat diving and NITROX enriched air tank filling.

The peaks of the Sierras de Tejeda, Almijara and Alhama Natural Park act as a natural border between the provinces of Malaga and Granada. The Sierras of Tejeda and Almijara are located on the Malaga side, in the heart of the region of La Axarquia. Alhama corresponds to the most western part of the province of Granada. From the peak of Tejeda you can see, from its 2,065 meters of altitude, spectacular views of the Mediterranean coast and the neighboring mountains, frequented by hikers and mountaineers.

In these mountains, white and grey tones predominate in the crests and ravines, a consequence of the abundant marble in the area. The decomposition of these rocks creates sands where the pine forests adapt and form the most widespread ecosystems, composed of Aleppo pines, black pines and even laricio pines. In the higher and shady areas, honey oaks and maples also appear.

The name of Tejeda comes from how abundant these trees were in the past. Nowadays there is a tejeda, the southernmost in the Iberian Peninsula and one of the best in Andalusia, which can be seen on the ascent to Salto del Caballo.

In these places, with trees and rocks, it is easy to surprise big eagles, such as the royal or Bonelli’s eagles, during their flight. Of great interest is the mountain goat population, an exclusive Iberian species, which has one of the most numerous in the country.

Rivers and streams descend rapidly down the slopes of these mountains, offering spectacular waterfalls, such as Los Árboles Petrificados, where the limestone water mineralized ancient trunks. In other cases, the waters give rise to some of the most impressive gorges, called in this place Cahorros. Other outstanding geological features are the Nerja cave, declared a National Monument, and also the Maroma chasm.

Although various cultures converged in this space, the three mountain ranges have a marked Muslim heritage, with white villages spread over valleys and mountain ranges that are difficult to access. The western part of Granada preserves the mark of the last Nazarite strongholds in Spain. Its fertile lands, rich in the production of tropical fruits like those of Otívar, mark its gastronomy. Traditional dishes include mountain stews, game, choto and the production of traditional goat’s cheese. On the other hand, Alhama has an interesting monumental and ethnographic set, of Roman, Andalusian and Moorish origin, with lime facades and twisted arches, staircases and towers.

The Axarquía of Málaga, with a markedly Moorish character, has one of the most representative architectural examples in the Torre Alminar in the village of Salares. Another attraction of the Málaga region can be tasted in the form of muscatel wine and raisins, the well-known Competa Wine Night being a good opportunity to savour these wines.

Natural Site of Cliffs of Maro and Cerro Gordo

From the viewpoint of the Torre de Maro you can enjoy the spectacular Natural Park Cliffs of Maro-Cerro Gordo. The panoramic view is made up of steep cliffs interspersed with beaches and small coves that are difficult to access, while on the mountainsides hang impressive terraces cultivated at great heights.

This enclave extends from the coastal watchtower of Maro to Calaiza Cove and also includes a marine strip of great ecological value. Following the path that goes into the Cañuelo Forest, it crosses Mediterranean scrub and stands of Aleppo pine, along with rare species such as the Balearic buxus. This toxic shrub can withstand extreme temperatures and can live for more than five hundred years. The presence of birds, such as wagtails or seagulls, accompany them during the tour.

Going down to the beach, relatively recent agricultural developments, such as the cultivation of tropical fruits, can be observed on the cliffs. These new ingredients have been introduced into the traditional cuisine of the area, diversifying and enriching it.

In the vicinity of the Natural Park is the Cueva de Nerja (Nerja Cave) made up of different galleries, where you can find an endless number of stalactites, columns and waterfalls. In this place, important archaeological sites from the Palaeolithic have also been found: human remains, cave paintings, ceramics and various tools. Other visits can be to the Torre de los Guardas, known as the Balcón de Europa, the Aqueduct of the Eagle in the Barranco de la Coladilla or the remains of a Roman road in the Barranco de Maro. The extensive Posidonia prairies stand out. Corals, sponges and a wide variety of fish live in its shelter, some of them brightly coloured like the maiden fish or spectacular like the sunfish. A boat trip allows the visitor to get close to places that are not very accessible and of great beauty. During the trip, you can see the jumps and capers of the dolphins that cross the Mediterranean, while flying over the cliffs, you can identify lurking birds of prey such as the lesser kestrel or the swift peregrine falcon.

Located about 60 km east of Malaga, the city of Nerja benefits from a particular position, as well as being the most eastern point of the Costa del Sol. On one side is the Mediterranean Sea with its beautiful beaches and crystal clear waters, and on the other the Sierras of Almijara, Tejeda and Alhama, a mountainous complex of wild beauty. These mountains were used by shepherds and miners for decades and have now left hundreds of kilometres between roads and trails, with different levels of difficulty, used for hiking.

Mythical climb to the peak of Heaven, which rises 1,508 meters above sea level, just six kilometers from the coast in a straight line. The difficulty of the ascent, with a difference in height of 1,200 metres in just 6.93 kilometres, is more than compensated for by the satisfaction produced by its completion and the contemplation of the immense views of La Axarquía and the sea between the European and African coasts.

We will pass through successive places that the increasing elevation determines, and we will be able to observe in them the multitude of details that distinguish and enrich them. Little by little, the grove has disappeared and we will find ourselves surrounded by gorse and rosemary. We will reach a hill zigzagging to the level of 1,090 meters, where the way turns sharply in a horseshoe curve. To our right there is a natural viewpoint from which we already have views towards the area of Granada. We can see La Herradura, Almuñécar, Motril and even Cape Sacratif. We continue the path, always with the view of the sky in front of us. The final part of the trail is the hardest, as the slope increases sharply and the legs are already resentful of the accumulated ascent. At the summit the path ends and a real symphony of sensations begins.

The pleasure of having completed the ascent joins that of being able to contemplate -if the day allows- wide panoramic views and surprising horizons. We will dominate the whole mountainous axis of Tejeda, Almijara and Alhama, with the peaks of Navachica, El Lucero, El Cisne, El Almendrón, Altos de la Mina and La Maroma. At our feet, there is the Cabeza del Caballo hill (to the southeast) or the Tajo el Barco (to the west) and the Colmarejos ravine, where there is still a magnificent holm oak forest and a spectacular pine forest with examples of Aleppo and Black Pines over a hundred years old. Sierra Nevada and the Mediterranean Sea provide the backdrop to the northeast and south respectively. With luck, even further away, we will be able to see the African coast. It takes about 2h 30 min. to climb if you are in good physical shape. Some people do it in 3h.30 min. due to the hardness of the route. 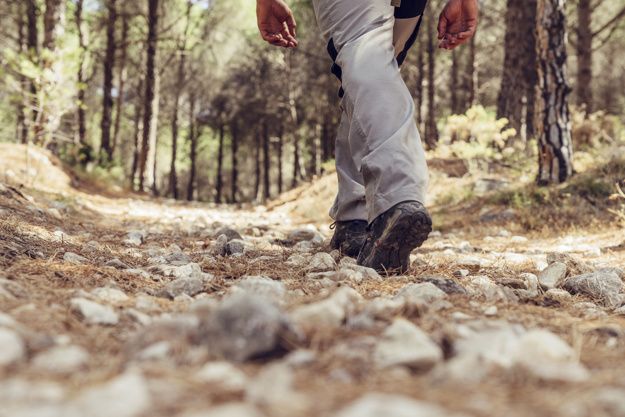